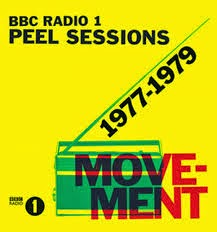 Somehow the other night I accidentaly deleted this whole post, blame it on substances or whatever, and
got busy with some other shit, and forgot totally about what I was doing......anyway, I will touch on the highlights of this 2 disc set, about 90% of it is phenominal, thte rest is merely great......these are some classic (1977-79) new wave greats performed as Peel Sessions on the BBC......wonderful selections, great sound, fantastic energy, as good a representation of late 1970's UK New Wave as we could likely ask for.

What track on Disc 1 would we label a "dog"? Certainly not "In the City" from the Jam, "What Do I Get" from the Buzzcocks, classics from the Adverts, XTC, 999, Siouxsie and the Banshees, even an early Adam and the Ants number. Spectatular stuff, one of those deals where if I start naming highlights, I just repeat the track listings. 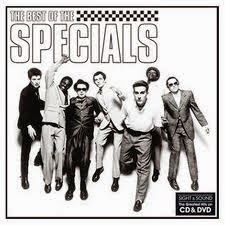 Disc 2 is maybe just a cut lesser, you'll still wish to savor every track: Wire, PiL, the great "Transmission" from Joy Division, also lots of the reggae/ska tinged music of the era as well: Steel Pulse, The Special AKA, Madness, the Selector and more......

Sorry for deleting this, never intended to, a few of my more rabid admirers in the bloggosphere have pointed it out to me, or else I never would have remembered......Glad I did, though, because I think 1) this is not terribly common, and 2) I think you're really going to like this one. 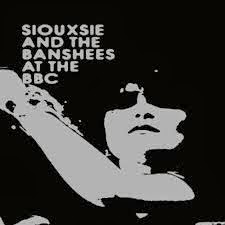 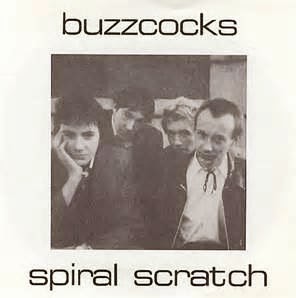 
Sorry for the screw up, I'll get another post ready yet tonight also...... 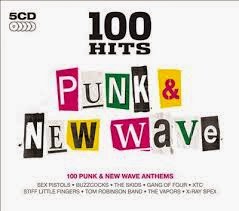 I'm so thrilled to give you guys an extra post tonight, (nothing on TV in this post Super Bowl/pre March Madness miserable time of year)...... I found this set on the Bay last night and while, yes, it does include 100 tracks, of which, by my guess, 50 are pretty much layups/slamdunks that I have posted a zillion times before and all "you young punks" have in 40 different versions, I am posting this set because there are some REALLY, TOTALLY BAD-ASS lesser known/rarities on this collection....  trust me, and once you see the set list you will know what I'm saying..... This is a five disc set, I suppose I COULD find out who put it out if I checked, but I don't really care all that much, it's another exhaustive collection of mid-late 1970's punk/new wave stuff, most of it pretty great..... If I were an ambitious man, perhaps I would reprogram it and get the obvious/layup material off of it, narrow it down to two discs or so, but hey, fuck it, this is someone else's creation, who the fuck am I to alter it? Not gonna do it, I'm gonna provide it just as it came to me, even with all the "obvious" material.... believe me there are PLENTY of sets of this type which are NOTHING BUT "obvious" "layup" material...... this is not one of them, there is enough rare/hard to find/rare;y comped stuff here.....besides, if you are a 1970's punk newbie, you will fall in love with all of the obvious material as well..... I'm serving MULTIPLE purposes here, bless my soul! 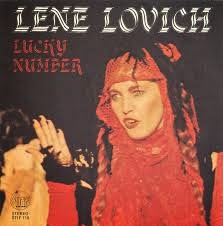 So, Disc 1..... as I've said, LOADS of layups that you likely have on  other comps...... really, Blondie's "Hanging on the Telephone"?... "Ever Fallen In Love?" from the Buzzcocks?.... geez, even "God Save the Queen" from the Pistols? Hey, if you DON'T already have them, why the fuck not, obviously they are significant/important stepping stones of the ear, BUT...... for those of us who have already heard them 4000 times, the minor gems here are what we are searching for......

All of these turn up on Disc 1, these are, while well known, not comped as often as the obvious material:    Lene Lovich's "Lucky Number", "Milk and Alcohol" from Dr Feelgood, even "Blazing Apostles" from Be Bop Deluxe, who don't exactly fit the mold here, but I DID always kind of like them..... we also get find tracks from the Ruts, the Skids, Department S, and  The Rich Kids, not exactly unknown, but stuff that, in general, does not make the usual comps of this type. 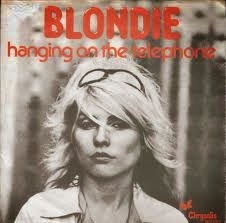 Disc 2 is a bit more eccentric.... the only "REAL" layups here are (the actually great) "Turning Japanese" from the Vapors, the (also great) "Ghost Rider" from Suicide, "Damaged Goods" from Gang of Four, and maybe "Offshore Banking Business" from the Members, which may not even belong in this category and which is a killer track regardless... but the disc ALSO contains relatively obscure numbers from Jona Lewie, Fad Gadget, Bill Nelson, Silicon Teens, DAF, New Model Army, and plenty more... MORE than worth your time, I promise!

Disc 3 gives us a lot more "obvious" material, frequently comped tunes from XTC, Martha & the Muffins, Stiff Little Fingers, The Saints, and the Buzzcocks (again, let me reiterate...  these are all WONDERFUL, GREAT tracks, it's just that they are comped OFTEN)......  but once we sift through those, we get gems from The Scars (recently featured in a Dave Sez post, they MUST BE great!),  Leyton Buzzards, Wreckless Eric, Chris Spedding, and more, This is in reality a fine set which plays like a 1970's punk-radio-weekend, some obvious stuff, but enough gems to make it worth our while for sure! 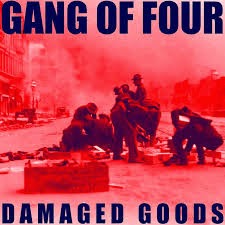 On to Disc 4, it leads off with "My Sharona", nuff said, and also features layups from Holly & the Italians, The Alarm (albeit the incredible "68 Guns"), and the Records, but this disc is LOADED with rarely comped stuff: The Flys, The Banned, Celia and the Mutations ("Mony Mony" no less!), The Bodysnatchers, and Fun Boy Three... .likely the best disc of the five for esoteric material, hope ya enjoy this, I HATE to be redundant, but I think there is enough rarely comped material here to render myself an TRUE ORIGINAL!

The final disc, does, also, have a good bit of obvious, frequently comped material, the Plasmatics, Devo, The Saints, X-Ray Spex, and more, again, I am not DISSING the obvious tracks on this comp, most of them are STELLAR, it's ONLY that they are comped often, nothing more..... this disc, when we search for the hidden gems, turns up Honey Bane, The Scars, Monochrome Set, and much more. 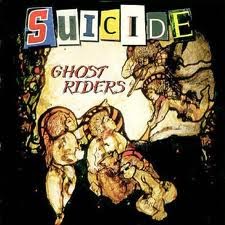 If it were myself, just discovering this set for the first time, I would maybe reprogram it and eliminate the material that is already on 100 comps.....if you are JUST NOW (!)  getting into 70's punk, this would be as good a starting point as I can imagine you could ever get........ it's a good set, a fine balance between obvious, common material, and a bit more esoteric, lesser known material....... I posted it for BOTH groups of people which is why I did not reprogram it myself...... a fine set, please enjoy it however YOU can enjoy it, nothing beats classic 70's punk rock! 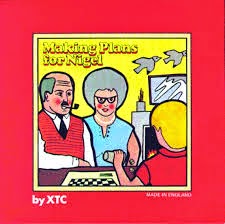 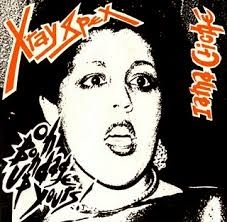 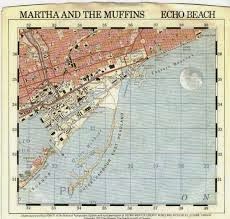 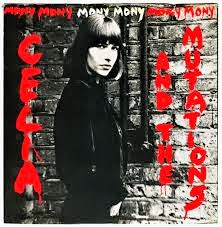 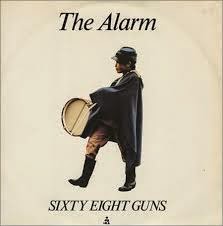 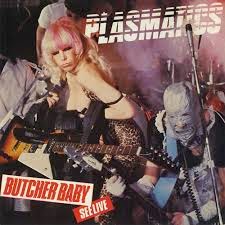 Hope you guys like these, kind of a strange set, mixing common and fairly obscure material.

Hope everyone can appreciate and enjoy my admittedly odd gear shifting from obscure 60's psych rock to late 70's punk.... schizophrenia is my thing I guess.... seriously, hope you like all the music here, if not, tell me what you'd RATHER see!
Posted by Bigscott62 at 9:24 PM 17 comments:

Stiff Little Fingers were a pretty decent Clash-influenced (quite an understatement) for a little while in the late 1970's..... hailing from Belfast Northern Ireland, the original lineup consisted of Jake Burns on vocals/guitar, bassist Ali McMordie, guitarist Henry Cluney, and drummer Bruce Faloon. Thier first three albums are quite good, in particular 1979's "Inflammable Material", but also 1980's "Nobody's Heroes" and 1981's "Go For It"...... they released a few more time fillers, broke up in 1987, and then reformed (Burns and McMordie were holdovers, interestingly, Jam bassist Bruce Foxton and TRB drummer Dolphin Taylor were alos members at one time....), as you might have guessed, knowing my history, I really haven't heard much of anything released post-breakup, perhaps it's great, but I just don't have the feeling. 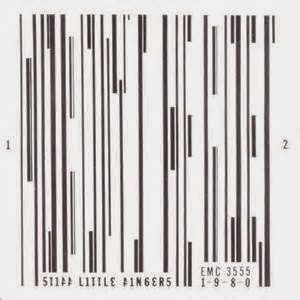 Anyway, I was going to just post those three early albums and a live disc, but I was talking to Spider who turned me onto this great 5-disc compilation "The Original Album Series", don't know where he got it from but he turned me onto a copy......WAS going to use my vinyl rips of the three first albums but I think I'll present the whole set in digital format as a comprehenisve effort.

Disc 1 is the great "Inflammable Material", perhaps thier finest, raw, rough and ready Clash knock-offs, somewhat similar, in my opinion, also, to some of the stuff Rancid would later do..... of course "Suspect Device", "Johnny Was a Good Boy", and "Alternative Ulster" are pretty much classics, but there are plenty of other gems here, "State of Emergency", "Breakout", "Law and Order" pretty much a 4-star effort. 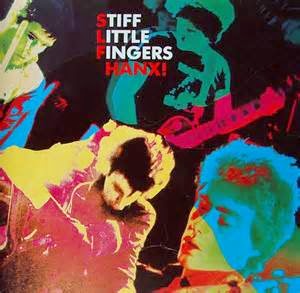 The second disc here reprises 1980's "Nobody's Heroes".....not as smokin' as "Inflammable", but still with enough short, snappy punk gems to qualify as a good one....."Gotta Getaway", "Fly the Flag"and a few more wouldn't sound out of place on the debut..... fans of "Inflammable" (or, once again, of the Clash or Rancid) will enjoy this one as much.

The third disc contains the live disc they released in 1982 "Hanx!"..... like a lot of the punk bands at the time, the live performances are far more about "energy" than actual musicianship, most of the highlights of the first two discs are here, the finale, "Suspect Device" gets pretty rowdy..... sound quality COULD BE a bit better, but that of course adds to the small-club punk ambiance of so many live records of the era.

According to the liner notes, disc 4 ("Go For It"), features a lot of remasters, I listened and to be honest they sound pretty much the same as the originals to me, but here they are, (a not remastered) "Roots, Radicals, Rockers, and Reggae" stands out, as does (also not remastered) "Kicking Up a Racket"...... this is pretty much a so-so release, and basically the end of the road as far as I am concerned, however, this set also includes 1982's "Now Then", which I don't think I even have back there, maybe I do, because I DO remember the very good "Bits of Kids"....FYI a lot of this album has been remastered as well, if you are really interested, see the track lists, again, hard to tell the difference to me....
. 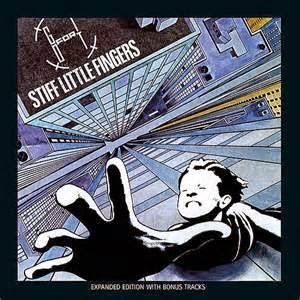 To me that about sums up Stiff Little Fingers......Discs 1,2,and 4 would suffice for the dabbler, but discs 3 and 5 have their moments, break it down however you want, and thanks to my man Spider for shooting me this, I didn't even know it existed in this format..... so, enjoy, a little change of pace from my recent psychedelia binge (Vanilla Fudge-Jefferson Airplane--------Stiff Little Fingers?) but you know I love to torment you with variety, or perhaps, just with my schizophrenic personality.

Know what? I am getting bored with retirement after 8 months......I think I'm gonna start looking for a job really soon....the time off has been eye-opening, I thought days of just doing nothing sounded way cool, but it does wear you down in it's own way, and time just seems to fly past.......look out Working World, BigScott62 may be putting himself back in the ring real soon! 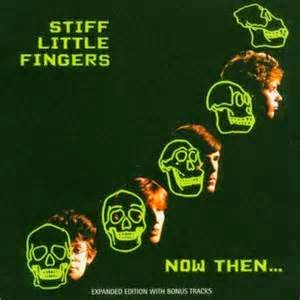 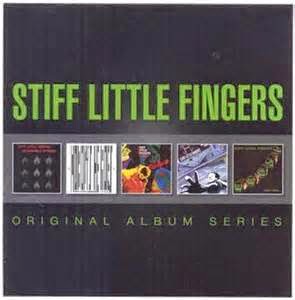 Thanks to Spider for turning me on to this comp! His brain is too baked to ever write a  post on his own, but he has his uses!
Posted by Bigscott62 at 2:21 PM 6 comments: